Back to BrightGauge's main site 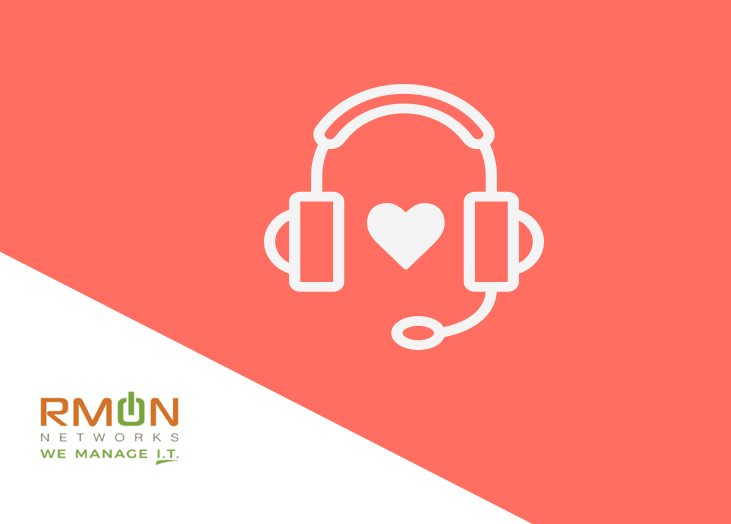 RMON Networks, Inc. got its start in 2002, shortly after founder Tim Howard was laid off following the events of September 11th. In a time of uncertainty, Tim jumped on the opportunity to realize his dream of starting his own business.


Armed with a background in IT and finance, Tim started New Hampshire-based RMON Networks with a focus on securing his client’s networks, as security became a big issue after September 11th.


From the start, Tim wanted to work with clients who placed a high value on technology expertise. 17 years later, that still rings true, and RMON has a mission to deliver unique solutions to their customers. 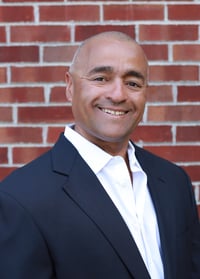 To help them run an efficient organization, RMON Networks recently added BrightGauge to their arsenal. So far, it’s been an eye-opening experience. We spoke with Tim to learn more.


How RMON has grown over the years


A lot has changed in the technology industry in 17 years. Tim recognizes that he missed the boat with some advancements, but he jumped on one in particular that has made a huge impact on RMON.


“We embraced the cloud,” says Tim. “I was at a Microsoft Small Businesses meeting and someone presented about their hosted offering. If there were 50 people there, 49 passed on it. I was the only person willing to try it.”


That decision was a smart move. After selling the Microsoft cloud solution to enough clients, RMON was eligible to be part of the Microsoft Cloud Champion Partners Program, where Microsoft sent leads to RMON on a regular basis.


Once that happened, RMON started to grow significantly, enough to hire new staff and move to larger offices.


In addition to the push from Microsoft, Tim believes that the RMON approach to customer service has helped differentiate them from competitors over the years.


“I always tell my staff to be honest. You’ll always remember what you told someone if you tell the truth,” says Tim. “If we’re recommending a solution, you can come to our office and rest assured that we’re using that solution ourselves. We put our money where our mouth is. We’re true to our customers and to ourselves.”


As a Continuum and Autotask user, Tim and RMON attended the Continuum Navigate Conference in late 2018, in search of a better way to look at real-time data. After talking to BrightGauge, they felt it was the right tool to help them get a better handle on the dispersed data they had within their organization. And right off the bat, BrightGauge was eye-opening.


“It revealed to me that I had dirty data,” says Tim. “I had stale data around our customers and our configuration items. We had processes that weren’t being adhered to or not clearly defined. BrightGauge gave us the opportunity to really take a look at ourselves again and redefine the way we approached our day-to-day.”


When it came to Autotask specifically, Tim realized that he wasn’t inputting data into Autotask in the most efficient way. Opportunities were not being put together correctly, as notes were being left out and contracts were expiring without anyone being alerted.


With BrightGauge, Tim and his team can create gauges and notifications around opportunities and contracts so all the right people can come together and plan ahead. It’s allowed RMON to get a lot more proactive instead of reactive.


The RMON Networks team has made great use of gauges, dashboards, and reports, giving them high visibility into their important data and driving them to run a more efficient business.


Next up, they want to place a focus on the goals component.


“We are going to set goals not only as an organization, but we’ll also have measurable individual goals,” says Tim. “By being measured, the team will be able to see their own stats versus their peers. And healthy competition is a good thing.”


Tim and his executive team plan to roll goals out as soon as possible, sitting down with each member on the RMON Networks team, regardless of their position.


When it comes to the great communications struggle, Tim leaves us with a final thought:


“At the end of the day, I want better visibility into our company and I also want the icing on the cake: better communications with our client. Having the ability to send Continuum executive reports or Autotask ticket reports and giving our clients information that matters to them changes everything. We’re communicating better and building stronger relationships, and I know it’s because of BrightGauge.”


Thank you, Tim and RMON Networks for being part of the BrightGauge family!

Whether you’re planning your first managed services agreement, or you’re ready to overhaul your existing version, we've got you covered!

As we continue to forge ahead in 2020 and understand how COVID-19 has impacted our businesses, it is time to plan for recovery.    Whether you have experienced significant changes or you’ve been operating like normal, we all need to think about what comes next.    Join Paul Dippell, CEO of Service Leadership, Inc., for the Rapid Recovery Webinar Series, hosted by ConnectWise.    In the three-part series, Paul will offer advice on maximizing profits, improving customer retention, and generating new business.    Read on for more details and to register for the events.   Determining Your Financial Situation and Protecting Profitability June 5, 2020; 1:00-2:00pm EST  In the first of the Rapid Recovery Webinar Series with Paul Dippell, we’ll discuss how to clearly understand your financial health and maximize profits during and post-COVID.  Register now: https://www.connectwise.com/resources/inside-the-industry/webinar-predicting-profitability   Retaining and Risk-Managing Your Existing Customers June 15, 2020; 2:00-3:00pm EST  In this episode, Paul Dippell will share advice on how to prevent customer churn and sustained revenue loss by doubling down on customer retention and risk management.  Register now: https://www.connectwise.com/resources/inside-the-industry/webinar-retaining-customers   Selling into the Storm – New Business Generation in a Downturn June 30, 2020; 1:00-2:00pm EST In the third and final installment of the Rapid Recovery Webinar Series, the conversation will turn to how solution providers can tackle the increased challenge of driving sales during this period of uncertainty.  Register now: https://www.connectwise.com/resources/inside-the-industry/webinar-selling-in-economic-downturn

Report of the Month - End of Month Overview

This month, we’re featuring how BrightGauge partner Dan Rutter of TechPath in Brisbane uses BrightGauge reports to be highly transparent with customers and empower them to make the best possible business decisions.    Dan is the Service Manager at TechPath, a full-service IT company that focuses on providing business internet, cloud and hosting, phone systems, and technology solutions to people in the Brisbane area.    As the Service Manager, Dan wants to enable his customers with full information about their environments so that they have a better understanding of their business.    To aid in this type of conversation, Dan regularly sends out an automated End of Month report using BrightGauge.     Transparent reporting gives clients an extra look at the value a company like TechPath brings. As Dan puts it, “When you are visiting clients on-site, it’s very clear what your value is as they see exactly what you’re working on, but once your working relationship gets better and there are less face-to-face interactions, you spend a lot more time in the background. We wanted to send a report each month to key contacts to give an indication of what activity is actually happening, because they may not be aware of how much is going on behind the scenes.”    The resulting report is straightforward and is automatically sent out, so is not censored in any way and allows for honest, transparent conversations to take place.  *View this sample End of Month Report here   The overview of day-to-day operations includes data around: Tickets, including type, volume, and open/close dates  Asset management, including warranties status  Network devices, with information about what’s currently under contract Computer health with patch status and drive disk space used   The goal is to empower end users with all they need to make informative decisions.    Dan says, “We’re giving our clients enough information for them to leave us, actually. But the idea is that we are providing so much value that they will want to continue working with us.”   With the type of data they’re being shown each month, clients can make timely decisions about endpoints that are becoming particularly problematic, machines that may need to be replaced, administrative licenses that should be reassigned, and more.   When TechPath is falling behind on something, it’s valuable for the client to see what action was taken to mitigate the issue at hand. That type of transparency strengthens trust placed in TechPath as a partner.    “The key things for us are full transparency and showing value,” says Dan. “When we’re not on-site, it’s harder to maintain clients. They start wondering why they pay us. We know we’re doing a good job and we know we’re delivering value, but sending monthly reports helps us show that to our end users and decisions makers.”    Interested in setting up an End of Month Report for your clients? Check out our Report Key to recreate it yourself or feel free to reach out to success@brightgauge.com and we’ll be happy to help.   Thank you to Dan and TechPath for sharing your insights!   Link to Sample End of Month Report Link to Report Recreation Key 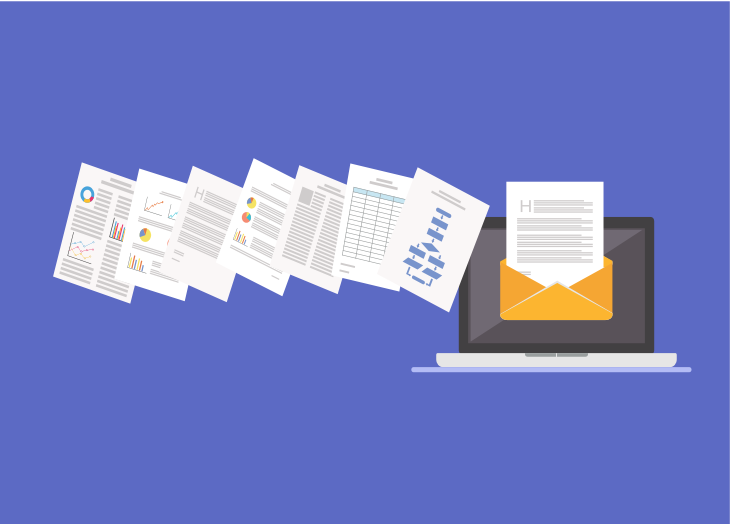 10 Things You Need In Your Client Reports Right Now